We are the European Amnesty Youth Action – a network of young Amnesty activists from all over Europe who started a campaign to draw attention to the human rights violations in Europe and by European states – and we want to call on everyone to act for themselves, for example by your vote in the European elections! Therefore, we will perform an Europe-wide Youth Action Week which will take place from May 11 until May 19, 2019. Young people all over Europe will get active to claim a Europe based on solidarity, humanity and dignity where everyones rights are protected!

Find events close to you in our map.
Be part of the European Amnesty Youth Action!

You want to take part in the EAYA? There are lots of ways to do so:

These issues play a role here:

Elections to the European Parliament will take place from 23 to 26 May across Europe. Anyone who is a citizen of a Member State of the European Union and is at least 18 years of age is eligible to vote.
Find out when and where you can cast your vote: http://spaceu2019.eu/

Why are the European elections important for human rights?

In some EU countries, there is currently a trend to increasingly restrict the scope for civil society to act. A partly openly racist policy is more and more supported. In many places a policy is made according to the motto „we against them“. Against this background it could be that parties with discriminatory and anti-human rights positions get more seats in parliament than ever before – they are currently investing a lot of time and resources in this goal.
Unfortunately, a low turnout is to be expected. It is to be feared that a low turnout will increase the proportion of votes cast by parties with openly racist and anti-human rights programmes and positions, or that these parties will manage to mobilise many voters.
We see the European elections as an important opportunity to focus the debate on a vision of Europe based on human rights, solidarity, equality and dignity.
The outcome of these elections will be one of the factors that will determine the importance of human rights for the European level in the coming years. We hope that a European Parliament will consist of Members who are committed and feel a universal obligation to uphold and promote human rights at home and abroad and who are willing to hold other EU institutions accountable if they do not.

The European Parliament consists of representatives directly elected by EU citizens. It therefore represents our interests in the EU. The Parliament decides on the EU budget and is involved in legislation. These are laws and directives that apply throughout the EU and therefore affect your life and mine every day. As within nation states, there are also parties at European level that unite to form parliamentary groups in Parliament.

Find out more about the parliament and the elections on the website of the European Parliament:
https://www.european-elections.eu/how-elections-work 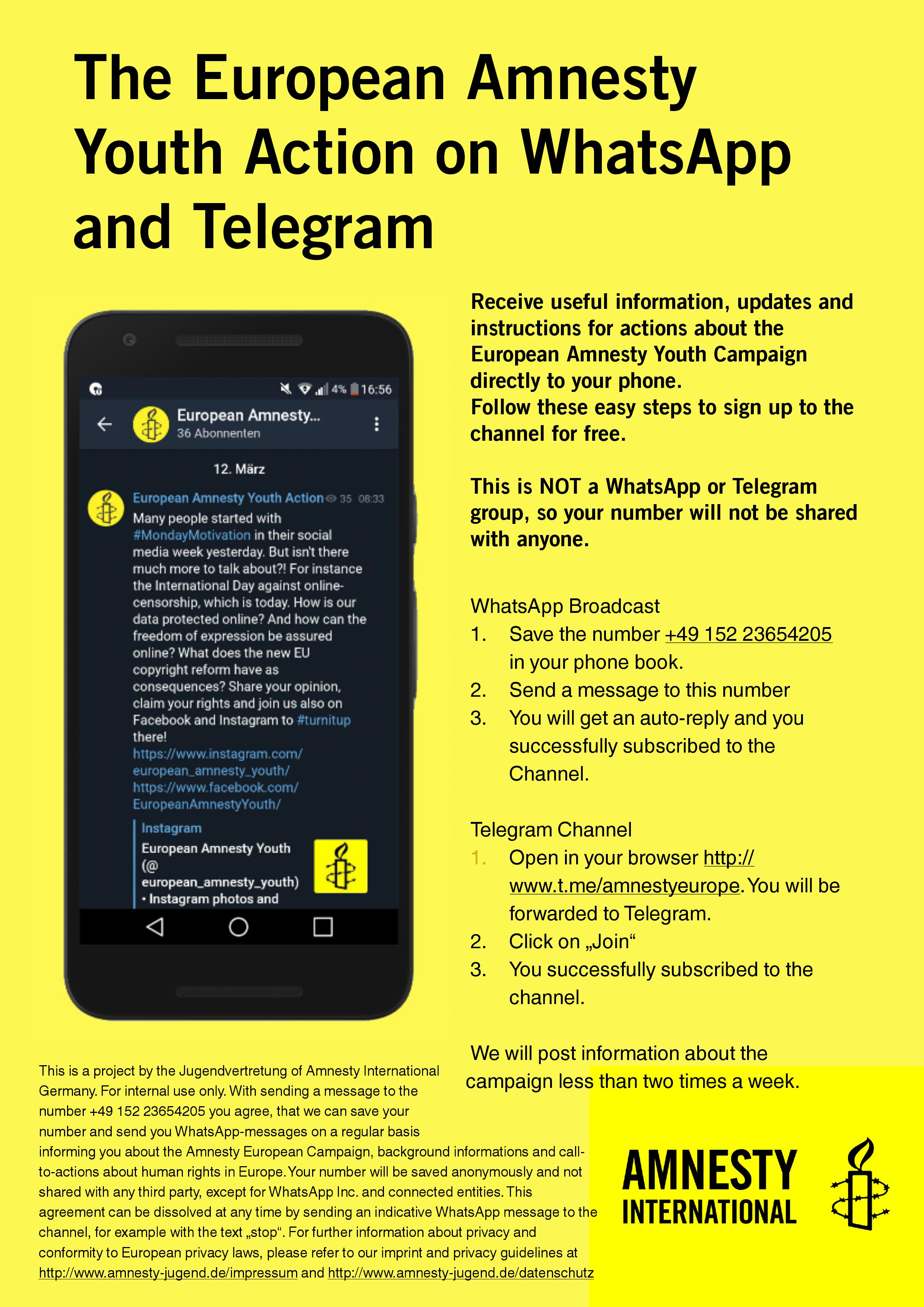